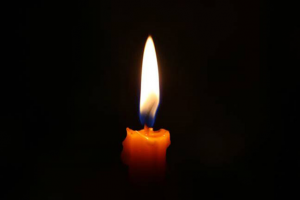 “… That you may become blameless and harmless, children of God without fault in the midst of a crooked and perverse generation, among whom you shine as lights in the world,” (Philippians 2:15, NKJV)

This past week in the State of Texas … literally the entire state from Galveston Bay on the edge of the Gulf of Mexico to the Oklahoma border … from the Panhandle to the piney woods of East Texas … resembled something out of an Alaskan brochure!

An energy-rich State almost lost all of its energy to keep the State running! The Arctic front descended with a vengeance … the strong winds carried their brutal cold … snow came down … and so did the power!

The lights for a large portion of the Longhorn State went black!  People got cold … really cold!  Some lost treasured possessions … others their lives.

This is not some sort of a political commentary … it is not an accusative exposition!  But what it is … what it’s really about … is the simple but profound lesson of the power of influence.

When Jesus spoke from the mountainside about the nature and characteristics of those who would be His followers … about those who would choose to become His disciples … He used the examples of “light and salt” (Matthew 5:13-16) to highlight the capacity of those who could be an influence for good with His help.

But for who’s good?  No doubt the living of a godly life is desirable and beneficial to the one who wants to please God and by His grace be able to spend eternity with Him …not because it was earned but because it was given by Him who is the source of grace and mercy!

But there is yet another aspect of being “the light of the world” … and that is being instrumental in leading others to the One who is “the way, the truth, and the life” … Jesus Christ the Son of God!

This world is like so much of Texas was last week … dark!  People sat wrapped in blankets by the fireplace … they burned candles … they lit their hurricane lamps.  Why?  They needed light!

My friends, this dark world of sin needs the “light” of the gospel and for many, the only sermon they may hear to pique their interest in the spiritual is the one preached by the manner of life exhibited by God’s “special people!”

God knows someone who needs your light in their life … right now!  As a matter of fact … each one of us needs to be the “light” for our own spiritual well-being!

The Apostle Paul, by inspiration, was encouraging the brethren at Philippi to live every day before the eyes and ears of those they were related to, worked with, and even worshipped with … to carry the saving message of the Gospel as light-bearers giving a glimpse of what the good life really was composed of!

Like the words of the song so many of us heard and learned when we were very young, both at home and in Bible Class, “This little light of mine, I’m going to let it shine…. All around the neighborhood … out from under any basket or cover” … and with the perseverance and resolve to “not let Satan blow it out.”

“For it is the God who commanded light to shine out of darkness, who has shone in our hearts to give the light of the knowledge of the glory of God in the face of Jesus Christ.” (2 Corinthians 4:6, NKJV)