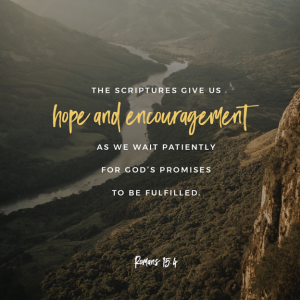 “Thus says the Lord of hosts, the God of Israel, to all the exiles whom I have sent into exile from Jerusalem to Babylon:  Build houses and live in them; plant gardens and eat their produce.” (Jeremiah 29:4-5, ESV)

There are times in our lives when we feel ‘stuck’ and can’t seem to picture any way out … which is exactly what our adversary wants us to believe!

Can you identify with these exclamations?  Of course, you can!  We all can!  We’ve probably all made at least one of them if not all of them!

So what are we to do in the face of all the uncertainties around and in front of us?  Just as the Apostle Peter so clearly reminds us in his second epistle, “Grace and peace be multiplied to you in the knowledge of God and of Jesus our Lord, as His divine power has given to us all things that pertain to life and godliness, through the knowledge of Him who called us by glory and virtue, by which have been given to us exceedingly great and precious promises, that through these you may be partakers of the divine nature, having escaped the corruption that is in the world through lust.” (2 Peter 1:2-4, NKJV)

Back during the time of the prophet Jeremiah whose body of work spanned some five decades (approximately 627 B.C to 586 B.C), the southern kingdom of Judah had allowed herself to move away from serving God faithfully and would ultimately be carried off into captivity in waves by the Babylonians to a life of exile!

I’ve never been in the position of being in exile.  Have you?  I was certainly grounded enough growing up and it kinda felt like exile!  Basic training in the Air Force back during the era of the Vietnam War felt like being in exile!  But real … genuine separation from one’s home, country, etc. is not something that I am familiar with nor want to become familiar with!

Yet, in some ways, we have experienced a form of exile when we have been required to ‘stay in place’ …. especially during the early days of the Pandemic!  Unfortunately, some of us with various chronic diseases are still homebound and still feel like we are in exile … not being able to get out publicly and worship with God’s people!  Watching on a computer screen or TV… well … it’s just not the same!

How do we think these captives must have been feeling living in a strange land, with strange ways.  Do you suppose they said the same things we are saying now or at least something similar?

There were false teachers telling them their exile would not be very long … but God through His prophet revealed the real truth about it … it was not going to end quickly! Some who were deported would not live to see Jerusalem again! This exile was to last some 70 years.

So … the point to this brief reference to Bible history is this:  They were to remain looking to God in trust for their future! You can rest assured many of them wanted their lives to ‘get back to normal’ … even as we do!

So what does the Lord through His prophet said:  “build houses … get married … have children … plant gardens … and eat their garden’s produce!”  Really?  Yes, Really!

Keeping everything in context, God through Jeremiah then offers this hope, “For I know the thoughts that I think toward you, says the Lord, thoughts of peace and not of evil, to give you a future and a hope.” (Jeremiah 29:11, NKJV)

May each one of us take heart from this biblical example preserved for our learning and benefit!

“For whatever things were written before were written for our learning, that we through the patience and comfort of the Scriptures might have hope.” (Romans 15:4)

The good news in bad times … our God has not changed and He is faithful to keep all of His promises!

In the words of Augustine spoken to the Lord, “You have made us for yourself, and our hearts are restless until they rest in you.”