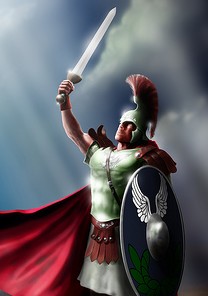 This series of studies is based on the familiar text of Ephesians 6:10-18 where the apostle Paul encouraged the early Christians at Ephesus to remember some very important things.

Just as the early Christians at Ephesus needed these reminders, so do we.

A better understanding of the need for protective armor and the provisions that God has made for His spiritual army will lead to more effective service and ultimately lead to spiritual victory in Christ!

The material in this series of studies is suitable for either a thirteen or twenty-six week study under the quarterly system.