The Man In The Yellow Shirt 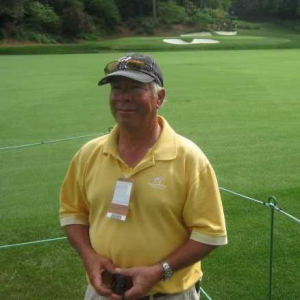 “A good man leaves an inheritance to his children’s children.” (Proverbs 13:22)

How do we say “goodbye” to someone we know, love and already miss so terribly?  I don’t know the real answer to this question and it is one that I suppose I will never truly know the answer to!

When I received the call on Tuesday December 31, 2019, that my long-time friend, Terry Houston had passed away … it was a message that I was expecting to hear … but one that I didn’t want to hear!  My friend was gone … but I will carry his memory for all of my days!

I want to tell you about my friend, because the more you come to know about him, the more you will understand my personal sorrow … and the empathy that I truly share with his beautiful and loving family!

To his family he was lovingly named Papa T!  He was their hero!  I was talking with one of his daughters at the memorial service on Monday, when I asked her if she had written anything down … she hung her head and cried saying that she just couldn’t … I said to her I know in your heart there is something, and she quietly said, “He was my hero!”

What father would not want his children to feel that way about him and yet that is exactly how all three of his children, Paul, Emily and Laura felt about their daddy!  As we all sat at the long table the night before the service and they shared their thoughts and memories about their daddy, their Papa T, my friend … I could see and hear the impact and influence that Terry had on them as a husband, father, grandfather, mentor and friend!

If you try and define what a legacy is, you can find all kinds of expressions from various perspectives.  But the one that immediately came to my mind was the analogy of planting seeds in a garden you never get to see!

I want to tell you this much about Terry’s legacy that I know for sure … Terry was able to see much of the garden he planted seeds in!.  Three loving and admiring children and eight precious grandchildren of various ages that looked up to him in every way … that looked to him for advice, guidance and encouragement!  The sadness is of what he will miss!

“Work hard … study hard … be true to yourself … life is short so make the most of it.”  These are just a sampling of the thoughtful, wise and enduring things Terry would say to them on a regular basis!  And it is obvious they will never forget his advice!

He was a loving husband to his beautiful wife, Shanna, for 51 years.  I came to first know Shanna at the end of our high school years together.  They fell deeply in love and married several months after Lori and I were married.  He said to me in an email just a few weeks before his passing how fortunate we both had been to find such good wives who would put up with us for all these years!  Amen to that!

My friend, Terry, had a million dollar smile!  He was intelligent, probably even more than he realized. He became a skilled CPA and was an avid golfer. He was goofy and always realized when he was!  He was deeply in love with his wife and considered his family as a beautiful blessing that just kept on giving him pride and thanksgiving!

Terry was a man who loved his family, life, his country, his friends … and he loved golf!  That’s where the “man in the yellow shirt” comes in.  He wore yellow shirts most of the time when he played and I believe he did so because of his admiration for Jack Nicklaus and the Masters Golf Tournament!

There is just so much more that I would like to tell you about my friend who is gone.  Space will just not permit me to do so.  But I can tell you from the bottom of my hurting heart that it is with a deep sense of sadness accompanied by some personal regrets that I share these thoughts about my friend!

It has been said that “many people walk in and out of our lives, but only true friends leave footprints on your heart.”  How true this is!  I’ve been blessed to have a number of friends in my life and I am thankful for each and every one of them!

To his beautiful family that I had the privilege to meet and get to know better … Papa T will always be on the sideline of your lives … cheering you on with his OSU attire and two thumbs up!

← More Than A Resolution …
Keeping Your Ear To The Ground →

“He who dwells in the shelter of the Most High will abide in the shadow of the Almighty.  I will say of the Lord, ‘He is my refuge and my fortress; My God, in Him I will trust.’  Surely He shall deliver you from the snare of the fowler and from the perilous pestilence.  He […]

“But you must continue in the things which you have learned and been assured of, knowing from whom you have learned them, and that from childhood you have known the Holy Scriptures, which are able to make you wise for salvation through faith in Christ Jesus.” (2 Timothy 3:14, 15, NKJV) The chairs and tables […]