Will We Stand Or Bow? 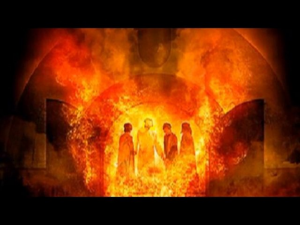 “If that is the case, our God whom we serve is able to deliver us from the burning fiery furnace, and He will deliver us from your hand, O king.  But if not, let it be known to you, O king, that we do not serve your gods, nor will we worship the gold image which you have set up.” (Daniel 3:17-18, NKJV)

As a young man, I was taught to stand up when a lady entered the room … and even when someone older walked in!

It was to show respect … a word that seems to be disappearing from the culture of today! And to this day, I still do when I can.

The concept of “standing” in the Bible in the majority of cases reflects the need to be counted among the people of God … to be viewed as being on God’s side!

The events of the Old Testament that have been recorded and preserved are there for a reason.  The reason is to reveal the history of mankind and the Creator who made it all!

So before we go any further, may I encourage you to read this whole article, even though you may be able to recite from memory the story itself.  Why?  Because it is a story for the 21st Century as well!

One of the most amazing and encouraging of these events takes place in the Book of Daniel during the time of Judah’s captivity by the Babylonian nation.

The three young men, whose names are not common household names in the 21st Century, became familiar names to those living then because of their deep faith in Jehovah when faced with certain death.

The whole story is revealed in Daniel 3 where the king was persuaded to construct a gold image and at the appropriate time … those present were to “… fall down and worship it or face death by being thrown into a fiery furnace!” (Daniel 3:8-11)

“Shadrach, Meshach, and Abed-Nego” … were young men … young men with the faith and courage to stand and not bow!  These young men possessed such an unshakeable faith, allegiance, and trust in the Lord … that they would not in the slightest of ways accept the practice of idolatry in any form!

Are you staying with me on this?  When they were brought before king Nebuchadnezzar for their apparent insolence … the conversation further reveals these young men were not being disrespectful of the king but rather respectful of the One and only King, the Lord!

These young men knew in whom they believed … they knew what He expected of them as His children … and they ‘stood’ fast for their God as the only true and living God!

God’s people have always been confronted with this choice to make:  choosing God and His ways or choosing self and man’s ways!  It is no different now.

The darkness of this evil and perverse world seems to be increasing at such an alarming rate and we can be adversely affected by it if we are not wide-eyed in our deliberate willingness to stand up for what is right!

God’s people cannot afford to turn a blind eye away from the evil being invited into our homes, our schools, our world of entertainment including sports … and just pretend it’s not really hurting anyone …and besides it’s our own business what we do, see, hear, and read!  Right?  Wrong!

Oh, but It does matter what we do, see, hear, and read!  And it matters for the hearts and souls of our young who are watching us every day!  They are watching, listening, and they are remembering! And it goes without saying it matters regarding our own souls!

Satan has done a very good job of convincing those of the world, and a growing number among God’s people … that there is nothing to worry about!

The unrelenting pressure to conform to the world’s values (Romans 12:1,2) … the persuasive language and visuals to just accept what others are doing and join in … is taking a great toll on so many.

The world’s definition of clean language, morality, family, modesty is moving further and further away from God’s standards … and we are losing way too many of our young people in the church all across this country and around the world!

It is not a matter of having a pessimistic or negative perspective on the world we are living in today as God’s people to bring awareness and to sound the alarm.

My friends and my brethren … we are living in a world where the values we have held to be true because they have come from God … are just not being held by the majority!

The heat is on and it’s being dialed up more with each new day!  It is not a matter of IF … it is a matter of WHEN … each of us will face the moment of decision over and over again!  The apostle John warns in very clear terminology:

I read of three young men in God’s Book who knew the right choice to make regardless of the outcome!  They chose to stand for the Lord … they refused to bow to the world!

The question we must consider is:  Will we stand or bow?