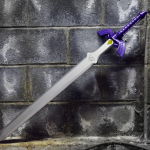 “Put on the whole armor of God, that you may be able to stand against the wiles of the devil.” Ephesians 6:11

Every day is a new day for each and every one of us and with that new day will come opportunities to love, serve and give, but also the temptation to compromise, sin and even surrender! These thoughts are sobering, are they not?

Perhaps, we all need a wakeup call to help us realize that we are in a war that engages the forces of good and evil … every day … 24/7! If we are somehow in denial or would just rather not think about it as Scarlet chose to do in the movie Gone With The Wind, there’s a really good chance we’ve already been captured!

When the apostle Paul was encouraging, even admonishing the brethren that comprised the body of Christ in Ephesus in chapter 6, he wanted them to:

Brothers and sisters in Christ … we all need to be dressed for battle every day of the week, not just on Sunday and maybe Wednesday evening!

To the reader who has not named the name of Christ, the question must be asked, “just whose side are you on, or think you are on?” May we tell you with much tenderness and conviction that the answer to this question is not to be found in any other source than the Lord and in His inspired and revealed Word. Please read John 8:32 and John 14:6.

Lord, please help us to dress ourselves every day in your armor that you have designed, approved and made available to every soldier in Your army … and then give us the strength and courage to STAND … against the wiles and schemes of the enemy on every front.