“…full of works and charitable deeds…” 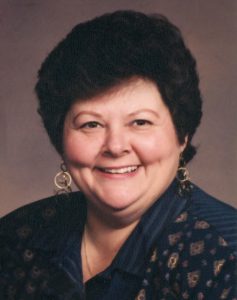 “At Joppa there was a certain disciple named Tabitha, which is translated Dorcas.  This woman was full of good works and charitable deeds which she did.” (Acts 9:36)

The longer God grants us to live, the wiser we should become.  Whether it is about life and living or death and dying, the Lord being mindful of us provides us with information in His revealed will that is intended to guide, guard and protect us from a worldly perspective.

Death can be such a cruel enemy and it leaves in its wake disappointment and broken hearts.  We know the wise man tells us by inspiration that “it is better to go to the house of mourning than the house of feasting” (Ecclesiastes 7:2-3), but that doesn’t ease the pain or help to heal that part of our heart that has been taken away!

The words of Jonathan spoken to his dearest of friends named David are so apropos, “… you will be missed because your seat will be empty.”(1 Samuel 20:18).  A wonderful wife, mother, grandmother, sister, aunt, friend and sister in Christ has passed from this life and she is already deeply missed!

Elaine Flatt passed away on December 1, 2017, and a great void is being experienced by all who knew her, but especially by her husband Jerry and her three children and 8 grandchildren!  Her sudden passing brings to reality the truth God speaks of regarding the brevity of life!

Jerry and Elaine would have been married 50 years in June of next year!  But it was not to be.  Elaine always was and will continue to be the love of Jerry’s life which makes her passing more difficult to deal with.  I am not sure that we are ever really ready to say Goodbye!

Found in Acts 9 is the beautiful story of a godly woman whose life was absolutely full of good works and deeds. Dorcas is described as the kind of person that folks loved, respected and adored for a number of reasons, not the least of which was her faith!

You see, Dorcas lived a life of faith in God, service to others and awareness of the hope to be found in the second coming Jesus Christ!  In the very same way, Elaine Flatt chose to live her life in faith, in serving others and looking forward to spending eternity in Heaven with all those of faith who had gone before her.

Brought into this world by loving and faithful parents, H.E. and Polly Phillips, she grew in wisdom and statue acquiring her own faith in God and the courage to speak and share it with others including her family, classmates, friends, acquaintances, those who worked for her and with those of us who shared that same faith.

From this writer’s perspective, the similarities between Dorcas and Elaine are obvious and I am so grateful for the opportunity to know her, be around her, worship with her, pray and study with her, laugh and cry and with her and her place is truly empty!

Elaine would not want me to make a big deal of her passing and go on and on about what she accomplished or did for others, so I won’t!  But I will tell you that in her own humble and private way, she and Jerry have helped more preachers, brethren and others than could be listed in this post!  Notoriety was not in her vocabulary, but rather to see the joy on the faces of those she loved and cared for, and the peace of those who had a need that she gladly stepped up to meet!

There is so much more that could be said of our most loved friend and sister in Christ, but this post must be concluded.  To know her … was to love her!

Two women who were full of good works, who were and are deeply missed, and who shared the same hope in Jesus Christ!

So I will close as she would want me to close:  How do you hope to die?  What I am really asking is how do you intend to live until you die?  Will the condition of your heart, mind and life be one of faithful service to the Lord or one of procrastination?

Are you prepared to meet the Lord?

It is said of Abraham in Genesis 25:7, “Then Abraham breathed his last and died in a good old age, an old man and full of years, and was gathered to his people.”

“And Elisha prayed, and said, “Lord, I pray, open his eyes that he may see.” Then the Lord opened the eyes of the young man, and he saw.  And behold, the mountain was full of horses and chariots of fire all around Elisha.” (2 Kings 6:17, NKJV) Our gracious and loving Heavenly Father, because […]

Last week we talked about walking closer with God…how are you doing with that this week?  We included in our post one of my favorite verses Psalm 119:105 “Your word is a lamp to my feet and a light to my path.” Are you letting the light of God’s word lead you this week? I pray you […]