I Want What He Had … 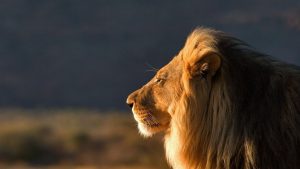 “Have I not commanded you? Be strong and of good courage; do not be afraid, nor be dismayed, for the Lord your God is with you wherever you go.”  Joshua 1:9 (NKJ)

Certain people just stand out … don’t they?  I know a number of men who are in the range of 6”5’ and taller … and they always stand out.

Today, we call it ‘mentoring’. When someone who has become accomplished at a job or task or just life itself … and they develop a relationship with someone who is usually younger and they help them to grow into becoming a better person.

It was that way with Joshua … born in the slave camps of Egypt … he became the assistant to Moses … he watched, he learned, he applied all of this information and made it his own!

May I make this application at this point in our writing?  Thank you, I believe I will!  If you and I want to become people of God … then we need to surround ourselves with those who are godly, like-minded … people who want to go to Heaven just as much as we do.

Joshua has been dead for many centuries, but his example of faith, trust, obedience, and courage live on.  Quite frankly, I want in my own life what Joshua demonstrated in his life!

My friend, brother, or sister in Christ … faith, trust, obedience, and courage enabled Joshua with the Lord’s help, guidance, and protection … to become the strong leader that he was!

It was never about Joshua … it was always about God!  Maybe more of those who lead God’s people could learn a lesson or two from Joshua!

Joshua was often bombarded by other voices, but he chose to follow God, and he did it faithfully!  I want what he had.  Do you?