Being Unteachable…Not A Pretty Picture 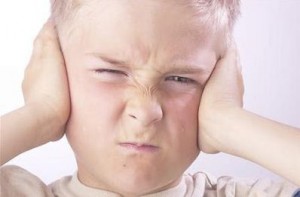 “Now therefore, listen to me, my children, for blessed are those who keep my ways. Hear instruction and be wise, and do not disdain it. Blessed is the man who listens to me, watching daily at my gates, waiting at the posts of my doors. For whoever finds me finds life, and obtains favor from the Lord; but he who sins against me wrongs his own soul; all those who hate me love death.” (Proverbs 8:32-36) NKJV

Beauty is in the eye of the beholder is a phrase that is quoted quite often in life. There are some works of art that this writer just doesn’t get! There are still others that not only do I get, I would like to have them. There are some photographs that are so vivid and clear and reflect the beauty of a place in such a way that just owning the picture would be insufficient. I would want to go there and experience it firsthand. The Bible offers a panorama of pictures and portraits of people, things and places that are intended to challenge the heart and mind of the reader.

The picture painted by the inspired writers of someone who is not teachable is not a pretty picture to read about, think about, or be about! You see, God is very clear about man’s need to listen, receive and obey His instructions! He desires that we walk in this life in His ways, His will and in His wisdom … not walk in the world, to be like the world or to walk in the world’s wisdom.

James in his short but instructive letter bearing his name reveals a clear contrast between the “wisdom of the world” and the “wisdom which is from God” in James 3:13-18. Found in this passage is the phrase “easy to be entreated.” Here is how some other translations translate “easy to be entreated.” “Submissive” (NIV); “open to reason” (ESV); “reasonable” (NASB); “willing to yield” (NKJV); and “willing to yield to reason” (AMP). Very simply this phrase describes someone walking in God’s wisdom as one who will be easily persuaded and compliant. This kind of person, the teachable and approachable person is open to truth and to what is right and proper, and can be reasoned with and persuaded to accept that which is right. They will not be persuaded to accept that which is wrong in any way!

The person who on the other hand is not teachable and not approachable; the one who is unreasonable and unwilling to yield can be described in the following ways:

There is much more that could be said about this type of person, but enough has been said to paint a very uncomplimentary picture that is not attractive … either on canvas, photographic paper or in real life and real time! Are you listening?

My friends, our adversary the Devil is always looking around for some sort of crease or weak spot in our character and in our heart … and he will move in and take over if we are not vigilant! Pride and stubbornness and self-will are just several of many creases he looks for. If you do not have a teachable disposition … if you do not have an approachable heart, you will never fulfill the potential God desires for you to experience … in this life or the next life!

“But be doers of the word, and not hearers only, deceiving yourselves.” (James 1:21)

← Reaching the Place of Teachable … Remaining Approachable!
Emptying the Cup →