Just Another Face In The Crowd … 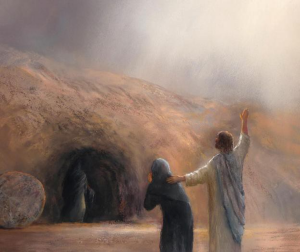 The New Testament speaks in the first four books known as the Gospels of how Jesus at the time appointed began to teach and preach the words of His Father.

It would be hard to fully grasp the wonder and sense of awe that many must have felt when Jesus preached what has come to be known as the Sermon on the Mount.

Matthew relates their astonishment … “at His teaching, for He taught them as one having authority …”  Perhaps it would do each of us well to try and picture ourselves in that crowd. Would we be just another face of one astonished or the face of one moved to accept, obey and follow Him?

The crowds multiplied during His three years plus ministry. They would follow Him from place to place … to the Sea of Galilee … to the gentle slopes of the hills … to the small villages.

They heard Him teach and preach … they saw Him heal the sick, the lame, the blind, and the possessed.  Would you be just another face of one astonished or the face of one moved to accept, obey, and follow Him?

Imagine being a face in the crowd as Jesus approached the tomb of His dear friend, Lazarus, who had passed away several days earlier.  His sisters, Mary and Martha weeping, even as Jesus Himself.

And then, to hear Him cry out with a loud voice, “Lazarus, come forth!”  And then, well, we know the rest of the story, don’t we?  Out from the tomb Lazarus appears still in his grave clothes!

Would you be just another face of one who was completely astonished at such a sight or the face of one moved to accept, obey, and follow Him?

And then, there is the scene described by the Gospel writers of Jesus’ triumphant entry to Jerusalem … where the people cheered, and placed palm branches and leaves on the road in front of Him.

Would you have been just another face in the crowd, or would you have been thrilled to see the promised Messiah? And then, just as quickly as they received, so many of them were persuaded to turn on Him and cry out for Him to die!

All of these events and so many more happened.  They are scenes witnessed; their record preserved … the words so much more than simply good stories to share with others in some social or even private gathering.

These are part of the “inspired Word of God” … and each of us must come face to face with whether or not we believe these things to be so!

I’ve tried on many occasions as I have been reading these and other accounts of the Lord’s ministry … to put myself in the sandals of those who were there … who saw … who heard … the marvelous and soul-saving truths and the power of the Son of God on full display!

Peter’s mistake involved his overconfidence in his own ability and strength to stand up for the Lord and be counted among His disciples and as a result when utter chaos ensued, denied the Lord three times … just as Jesus foretold that he would do.

The truth is, we can be guilty of the same mistake even when we are careful in our walk through this life.  These early disciples, men who at the most critical of times, fled from Him … left Him alone to face His enemies … were made of the same clay as you and me.

Folks back then had the same emotions, the same needs, the same trials and setbacks, and the same challenges of living in this world, especially when the winds of uncertainty howl, and the storms of life blow in.

In a very personal conversation with His disciples, Jesus asked them “Who do men say that I, the Son of Man, am?”

And then He made it as personal as it could get when He asked them, “But who do you say that I am?”  Peter’s response is, “You are the Christ, the Son of the living God.”

In your most honest of moments … in the quiet moment when you are alone with your thoughts … how do you answer this question?

Do you have the faith, confidence, trust, and yea … courage to say as Peter declared, “You are the Christ, the Son of the living God?”