His Loving Passion For Each Of Us 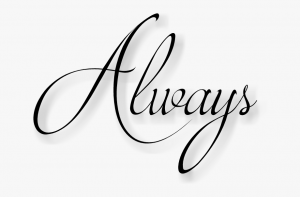 “Oh, that they had such a heart in them that they would fear Me and always keep all My commandments, that it might be well with them and with their children forever!” (Deuteronomy 5:29, NKJV)

The scene is re-enacted so often.  A loved one or the person himself/herself facing imminent danger … want everything to be right with God at that very moment … so they rashly affirm allegiance to the Lord and promise if spared they will do better!

It’s a worthy thought … but how often is it forgotten when things improve.  Have you ever found yourself in one of these scenarios?

The truth may be that we really intend on doing better … living better … walking more closely with the Lord!  But intentions will not get us anywhere if we don’t follow through with them and act on what we said we would do.

The Book of Deuteronomy is one of those books of the Bible that ought to be read and re-read frequently for any number of reasons … not the least of which is the glaring familiarity of how people promised/served/forgot/disobeyed the Lord!

The over-riding theme of Deuteronomy could be summarized in a very concise way.  It is one long plea for obedience to God … not just obedience … but hearty and enthusiastic obedience founded on love and fear!

As Moses with the Lord’s guidance, direction, and presence has led the nation of Israel right up to the border of what was to be their “Promised Land” … he reminds them in a series of speeches of what all God has done for them, but he also reminds them of what they had done by way of ingratitude and disobedience along the journey!

What is interesting among the many lessons found in this great book is the fact that the Lord had provided Moses with the ability to see on down the road of their journey and possession of the Land.

Just wondering about what our own future would look like if someone could clearly with God’s help looks into our future. God’s Book does describe what obedience looks like in the New Testament and it is a beautiful and reassuring picture that is described.

Moses shares with the people that when they had responded to the events on Mt.Sinai and affirmed their willingness to hear everything God wanted them to do, and then did it … God heard their voices!

It is in this setting that Moses assures the people that God had heard all that the people had said and was pleased.  It is then that we find the Lord desiring … having a genuine passion for the people to “have the heart in them to fear Him and always keep all My commandments …”

E.W. Bullinger’s Companion Bible Notes says this about the meaning of the word used by the Lord … “always” means “every day or all the days.”

“Always” … means not some of the time … part of the time, or even most of the time … but all of the time!  Impossible you say in defense of disobedience!  Granted only one ever walked on this earth perfectly … and that was Jesus Christ!  But we are to “strive unto perfection” and be willing to “repent of our sins with godly sorrow” and rise up and try to do better!

It was God’s desire … His passion … for His people to always feel like they did when they expressed the words He reminded them of.  Oh, how He wanted them to always feel this way and to always revere His Almightiness!

It is no different in the 21st Century! Individually and collectively … God’s people can have such a wonderful influence on an otherwise wicked and corrupt world.  We ought to be the ones who influence rather than being the ones influenced!

It is this passion of the Creator and Sustainer of this world that led to His assurance of genuine blessing to them and their descendants.  It is no different for us today!  It was His Son, Jesus Christ, who laid out the available blessing in obedience by His ongoing grace and mercy in Matthew 6:33, “But seek first the kingdom of God and His righteousness, and all these things shall be added to you.”