“The Half Has Not Been Told …” 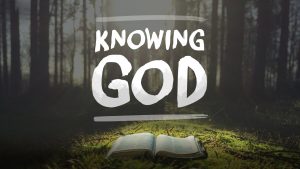 “Then she said to the king:  “It was a true report which I heard in my own land about your words and your wisdom.  However I did not believe the words until I came and saw with my own eyes; and indeed the half was not told me.  Your wisdom and prosperity exceed the fame of which I heard.  Happy are your men and happy are these your servants, who stand continually before you and hear your wisdom! (1 Kings 10:6-8)

There are places we read about … people that we hear about … events that take place around the world.  And we wonder what it would be like to go there … meet the person or persons we’ve only heard about … or attend the spectacular events we’ve only heard or read about.

I have never been to the Hot Air Balloon Festival that occurs annually in Albuquerque, New Mexico.  We know folks who have gone there … and we’ve watched videos and programs displaying all of the colorful balloons with their various shapes, sizes and colors.

It sure would be an unforgettable experience for us to go there and hopefully one of these days we will be able to see for ourselves and take it all in.

Back in the days of Israel, whose history is recorded in the Old Testament, there reigned a king by the name of Solomon.  He was the third king to reign over Israel preceded by his father David and Saul the first king to rule over God’s people.

Living hundreds of miles away from Jerusalem was a queen by the name of Sheba.  Wealthy and wise she was, but the fame of one who was even wealthier and wiser came to her attention.  There is an interesting fact in the account of these events that we should take note of,“fame of Solomon concerning the name of the Lord.”

The account recorded in 1 Kings reveals to us her intentions to “test him with hard questions.”(1 Kings 10:2)  She traveled this great distance with an entourage deserving of a Queen and “when she came to Solomon, she spoke with him about all that was in her heart.” (1 Kings 10:2)

So she asked him the hard questions and the text says, “So Solomon answered all her questions; there was nothing so difficult for the king that he could not explain it to her.”(1 Kings 10:3).

Let’s allow the text to describe with inspired words her reaction to all of these events … to the man she had heard of … and to impressions of where he lived.  “And when the queen of Sheba had seen all the wisdom of Solomon, the house that he had built, the food on his table, the seating of his servants, the service of his waiters and their apparel, his cupbearers, and his entryway by which he went up to the house of the Lord, there was no more spirit in her.” (1 Kings 10:4, 5)

Amazing events, right?  The queen of Sheba was taken aback.  The whole experience of meeting King Solomon, talking with him, watching, listening and simply taking it all in was overwhelming to her.  The truth is she was left breathless!

But the story doesn’t end there.  In the very next verse we see what the queen of Sheba was able to see for herself about the real source of his fame.  “Blessed be the Lord your God, who delighted in you, setting you on the throne of Israel!  Because the Lord has loved Israel forever, therefore He made you king, to do justice and righteousness.” (1 Kings 10:9)

Giving God credit was not a problem for this queen.  However, there is no record that she became a servant of God Almighty … only recognition.  Knowing about God is wonderful … but knowing God is something that not even “the half has been told!”

Do you know Him?  Do you believe in who He is?  Have you surrendered your will to His?  So many questions … only one real answer:  “But without faith it is impossible to please Him, for he who comes to God must believe that He is, and that He is a rewarder of those who diligently seek Him.” (Hebrews 11:6)

May each of us have the resolve to serve Him faithfully all of our days … so that when our life has ended … we can hear the coveted words, “Well done, good and faithful servant.  Enter into the joys of thy Lord.”(Matthew 25:23)

When We Hear Of Others’ Needs … We Go To His Throne!

“Confess your trespasses to one another, and pray for one another, that you may be healed.  The effective, fervent prayer of a righteous man avails much.” (James 5:16, NKJV) God’s Book contains so many examples of His people talking to and appealing to Him to meet their needs and the needs of others in a […]

In The Shelter Of His Arms

“And He took them up in His arms, laid His hands on them, and blessed them.” (Mark 10:16, NKJV)) It was a scene that doesn’t usually happen this way.  On my last flight a number of weeks ago, while waiting at the gate, I noticed the young family a couple of rows over with a […]